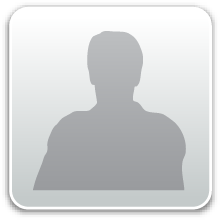 Message from the Transportation Director

The Austin Transportation Department (ATD) provides leadership to address regional mobility. We represent the City's interest by partnering with transportation providers such as TxDOT, Capital Metro, Lone Star Rail District, Central Texas Regional Mobility Authority (CTRMA), and Travis, Williamson, and Hays Counties. We also work with the regional planning organizations Capitol Area Metropolitan Planning Organization, Capitol Area Council of Governments, and Movability Austin. Through these partnerships, ATD has made significant contributions to mobility, including:
TCAP (Traffic Congestion Action Plan) and Vision Zero (Citywide): Following the City Manager’s direction, ATD led the City’s efforts to combat traffic congestion at key intersections, launching a “Don’t Block the Box” campaign. In conjunction with the Austin Police Department (APD), we reduced blocking congestion at intersections and improved safety in the city’s core and on radial corridors. In partnership with APD and the Planning Department, we launched a Vision Zero program, focusing on traffic safety. In FY 2015-16, City Council funded projects to address the top 5 most dangerous intersections in the City.
I-35 Corridor Development Program (Districts 1- 5, 7, 9): Construction on I-35 began in 2016, with state contracts for construction of the Stassney Lane, William Cannon, and the Riverside Drive interchanges. These interchanges, and the overall I-35 Program, are a result of design concepts and funding initially provided by the City of Austin. They prepare the corridor for full reconstruction, planned to begin as early as 2020, pending sufficient funding.
MoPac Corridor Improvements (Districts 7-10): Construction on the north express lanes is underway by CTRMA. City staff continues to coordinate with local neighborhoods on the construction of sound walls and on mitigating construction congestion, while planning for the south express lanes continues. This past year, ATD offered concepts for mitigating negative impacts from direct connection ramps into Cesar Chavez and presented concepts for transit access into the Oak Hill Corridor and for reducing general purpose lane congestion near Loop 360 and at Lake Austin Boulevard. Most of these concepts have been incorporated into the evolving preferred alternative.
Innovative Intersections at the Oak Hill Y (District 8): Construction of the innovative intersections at US 290 and William Cannon are operational. Improvements at the intersection of US 290 and SH 71 are partially complete. These improvements were largely funded by the City of Austin via the 2012 Bond. Operations are reported to be performing better than expected, reducing travel delays.
US 183 Corridor Program (District 1-4): CTRMA is designing and constructing the US 183 Corridor. The City plays a role in assuring utilities and signalization are coordinated with construction.
Regional Transportation Demand Management (Citywide): As a major employer, the City of Austin employees impact the flow of traffic at peak commute times. Responding to the City Manager’s established goals for trip reduction, ATD assisted the City in attaining a 23% reduction in commute trips at the end of FY 2014-15.
McNeil Blvd. Active Arterial Management (District 6): During McNeil Blvd’s reconstruction and due to unforeseen underground environmental issues, construction activities were delayed and risked impacting the Round Rock ISD’s activities. At the request of the school and the next door performing arts center, ATD added intelligent transportation technology and active management to the corridor. Using cameras and signal control, ATD maintained access times to/from the school at acceptable levels for the duration of the project.
Regional Automated Transportation System (Citywide): As part of ATD’s commitment to continuously improve the signal system, we invested in technologies and staffing that will make our signal control networks more responsive to travel needs. We partnered with TxDOT and other regional partners to develop an integrated corridors management strategy for the I-35 corridor and are pursuing integration of the management for regional roadway and transit assets to better coordinate across technical platforms.
Barton Creek Bike Bridge (District 8): In partnership with TxDOT and the Public Works Department, ATD is deploying the bike-pedestrian bridge over Barton Creek. This structure will remove pedestrians and cyclists from the southbound shoulder of MoPac over the creek. This will allow the addition of an auxiliary general-purpose lane southbound, anticipated to reduce congestion from the heavy merging traffic from Loop 360.
Rob Spillar
Transportation Director
City of Austin Performance Report 2014-15
Back to Austin Transportation Performance  |  Back to Home